It's About Food Again! 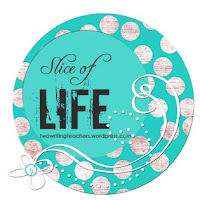 I've lost 20 pounds in the last year.  I've gone up and down my whole life.  I'm one of those that has to talk myself into dieting.  Sometimes it takes a long time to get there.

I'm older now and realize less weight means better health.  I also want to go out thin is what I've been telling my friends.  I want to be finally thin and looked upon as a woman who is in control of her life and body.  I've maintained keeping the 20 pounds off since last fall.  Winter is a great time to give into carbs, comfort foods.  I did not.

Today, it's a beautiful sunny, warm day compared to the snow we keep having.  I was very busy all day and my husband made chili.  Perfect.  As we sat down, he asked me if I wanted some of the Kahn's bologna I had bought for him.  I said I would eat the bologna only, no bread.  Bologna is not part of my healthy eating, but without bread, it's okay for today.

As he came to the table, I noticed he had cut the bologna sandwich he had made into halves.  How cool is a sandwich when it is sliced in half!  And a bologna sandwich, too!  We were raised in the 50's and 60's with bologna as a main staple.  I don't eat it now as a rule--bad, bad, bad for you--nitrites and nitrates.  I took a bite and then two and then finished the whole half.  He made himself another sandwich and cut it into triangular halves.  What is he doing to me?  I ate another half of a bologna sandwich--a whole sandwich with bread!  I also had a whole cup of chili.  Then I had two homemade choco chip cookies which I made and froze and was left over for a week.

I plummeted to the bottom!   Why had he and I done this today?

I know why now.  Tomorrow, my husband is having minor finger surgery to remove a cyst and see why his finger is reacting to the cyst.  Instead of talking about tomorrow morning and getting to surgery by 6:45, we are eating comfort foods together--bologna sandwiches, chili, and cookies.  We chuckle, finish eating, and watch the news.  It's minor surgery, but we always think about where we are in the scheme of things--our latter years together.

We're ready.  We won't sleep, but we're ready together for tomorrow.
Posted by Tam at 8:02 PM