Okay, I have forgotten about my OLW already.  I have been in the slumps, and then it came to me. "Remember, to SAVOR  your life!?"  CELEBRATE that savoring on Saturdays!?

How can I savor/celebrate with nowhere left to put the snow we push, shovel, blow, sweep, scrape, and even throw to find a new spot!?   Good times have been canceled, and there is less traveling. 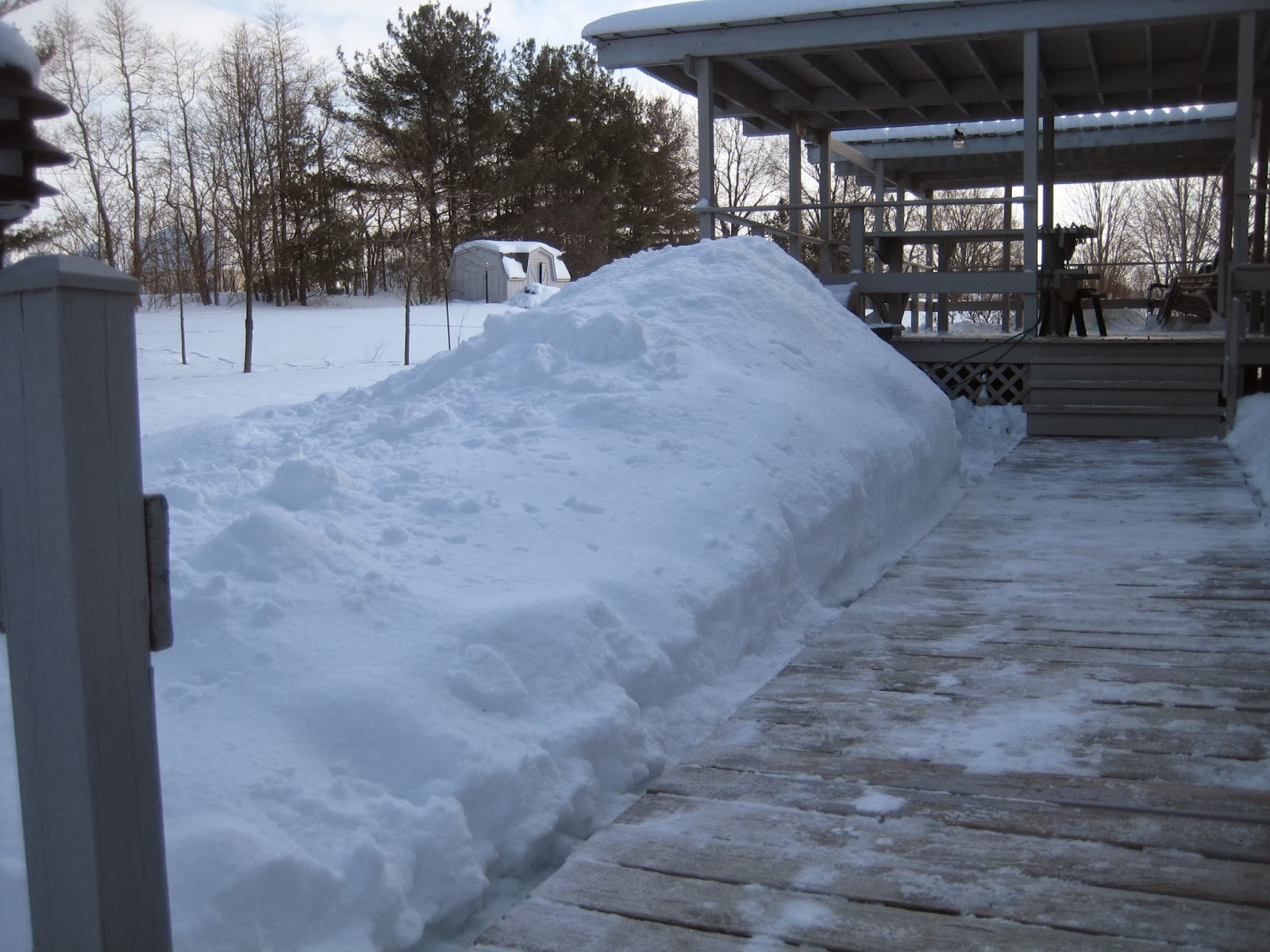 My husband has been taking picture after picture--why?  I told him I was finished taking pictures of snow--does anyone want to remember this!?  Savor snow and cold--one of the coldest, snowiest years in Indiana!?

Okay, I will take a picture of snow, keeping in mind its wonders and beauty as I shovel and sweep for the umpteenth time.  It's sparkly when wind hits the drifts and rooftops.  Big, quiet snows render beauty.  Snow at night is quiet and peaceful.

We certainly have seen many more birds of all kinds at our feeders.  I've watched their comings and goings, trying to cope, staying alive.  They come to the deck more often, jumping around more if the seed is running low.  We on the other hand have kept very warm and cozy in our home that hasn't suffered frozen pipes or a broken furnace.    I have plenty of time to read, write, organize, purge, reflect, and eat warm soups and meals.  I'm beginning to savor......... 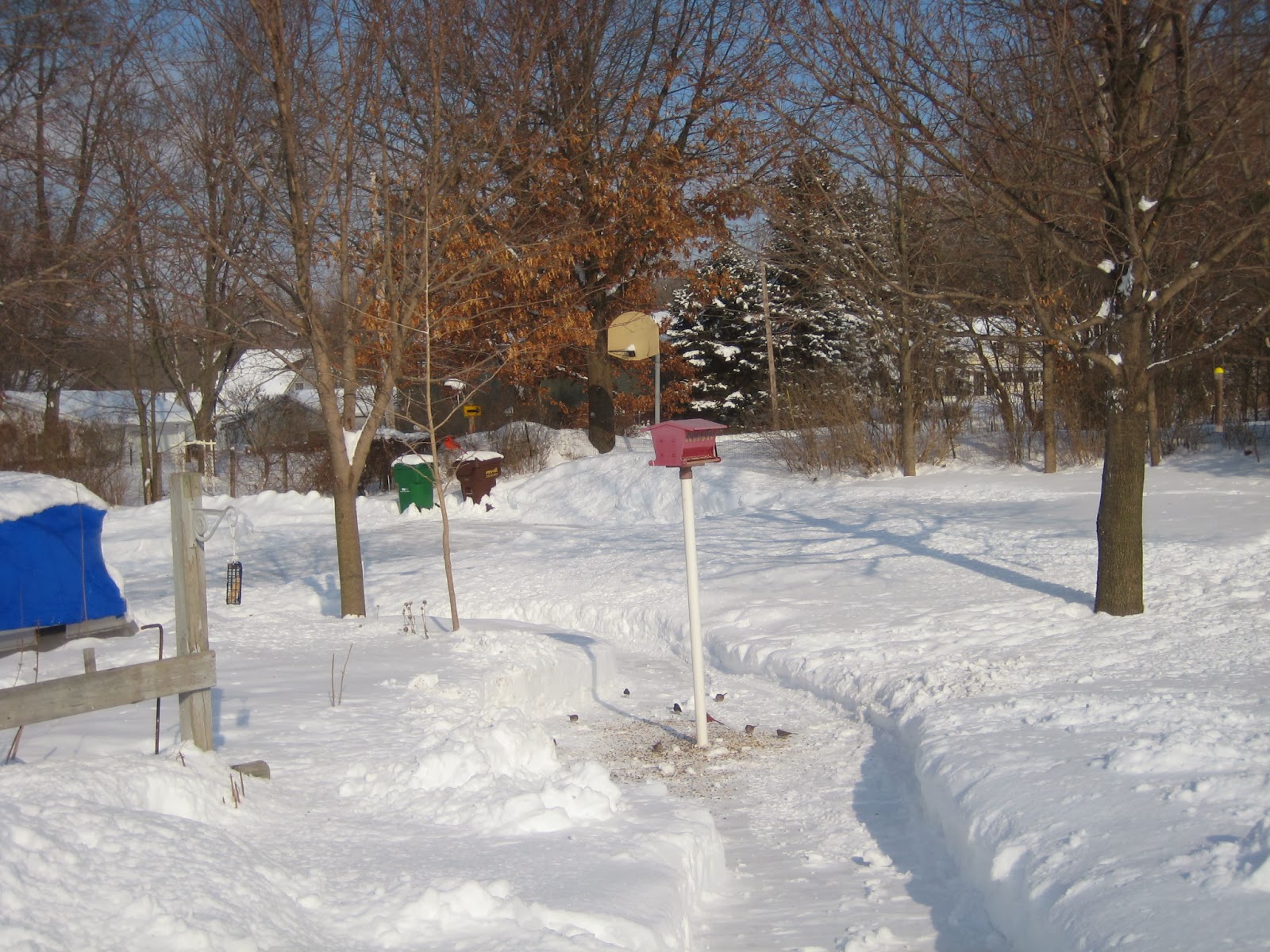 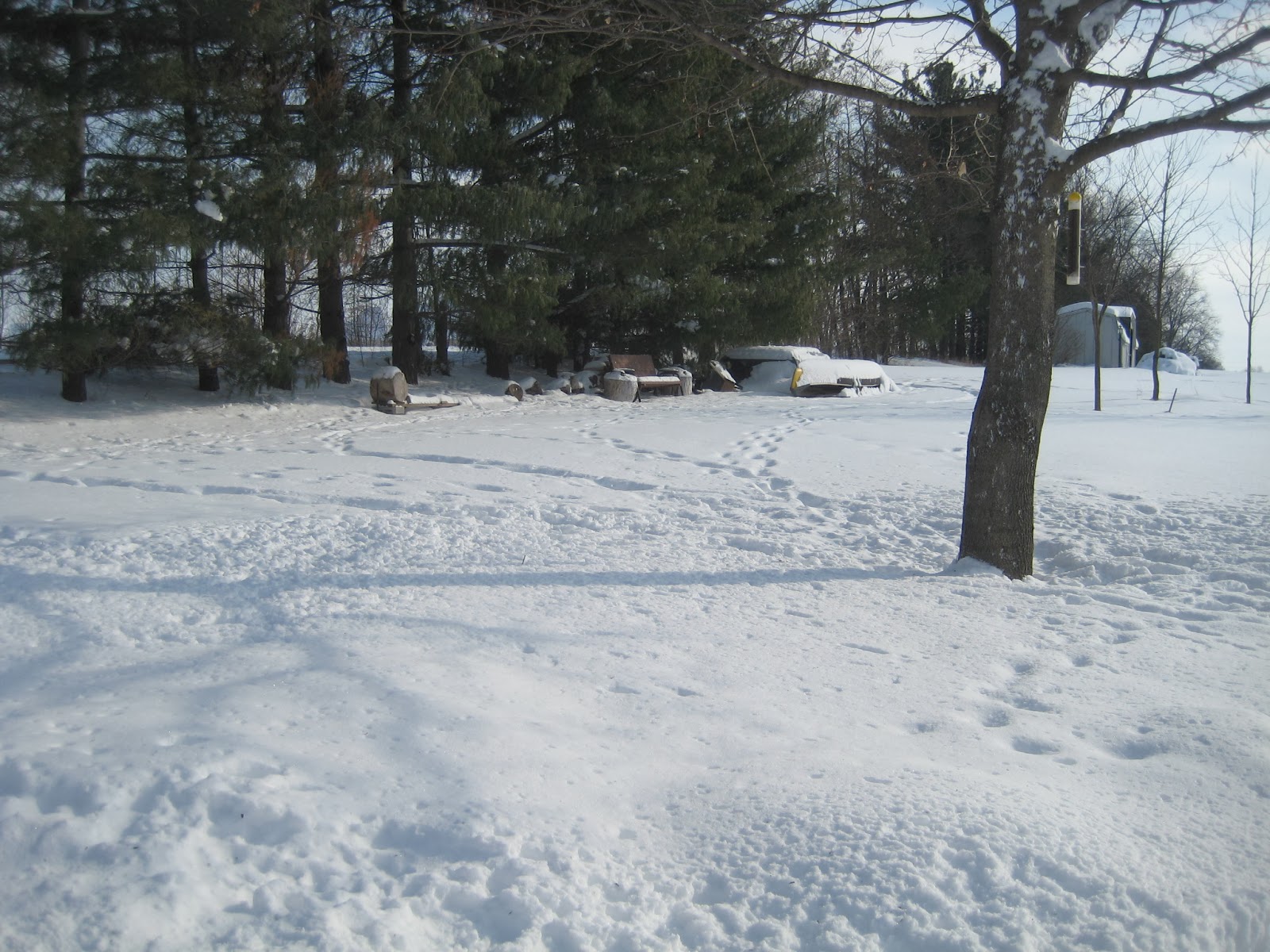 We've watched the deer come and go in our back and front yards, too.  They leave tracks in the snow at night after each snow.  Which way did they come and go this time?  We've seen them eat from our bird feeder at night.  They tread to the front to eat seeds from the pods of our locust tree that have fallen and are buried in the snow, but they seem to scrape all through the snow, revealing those pods we thought no one would ever care about!

Have you ever turned on your front porch light and seen the face of a deer chewing berries off your front bushes, looking at you through the glass with its huge, dark eyes and black nose?  I have.  Made me jump, but the deer didn't mind--it was hungry.

I have taken to the closets and shelves to go through folders, books, files, clothes, and boxes--reminiscing, evaluating, and unloading years of collecting.  What's important to me, and what will I some day leave behind for the eyes of family to savor!?  What will be meaningful for them!?

My Indianapolis grandchildren finally have received enough snow to play in and build a cave.  Ft. Wayne grandchildren have been sledding a number of times at the local park.  I have been playing Words With Friends by cell and Kindle to three people--my son Eric, Mary and Alice.  Never played so much Scrabble and texted more!

Snow can bring you closer to others more than I realized.

Savoring snow and more than snow.

I've been chosen!
It took a lot of thought, a month, and a list,
But now I am ready
To Guide,
To Pause,
To Relish,
To Embrace,
To Cherish,
To Embellish,
To Be Still,
To Know,
To Be Aware,
To Live in the moment,


and Savor all of life's gifts.