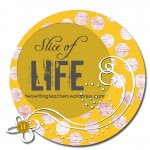 For the first time in my life, I sighted a robin in early January! Was he lost? confused? Or did I just never notice robins during the winter??

Late in the morning or afternoon, the robin would perch himself on a small berry tree in our native plant garden in the backyard. I just thought this robin was a fluke. On January 21 in the Fort Wayne Journal Gazette, a picture appeared of a robin with the caption of "A robin sings as it rests on a branch during snow showers Thursday afternoon in Fort Wayne." On January 26, I saw three robins!

In February, I started hearing family and friends talk of sighting flocks of robins! I also ended up seeing flocks of robins in trees in the front yard. I did an internet search and found that some robins do winter over, but so many? We had such a cold and snowy winter, especially in February. In addition, I read that robins will eat berries. I even put out some raisins, but nothing was touched.

Spring has finally arrived, and now many robins hop around the yard, trying to find worms in the grass. However, I still see one robin perched in the same tree every day mostly by himself. Is this the same robin that I sighted back in January? Does he have his eye on a nesting place?

I guess this is what you call bird watching and wondering!!
Posted by Tam at 10:50 PM

Email ThisBlogThis!Share to TwitterShare to FacebookShare to Pinterest
Labels: Watching and Wondering-SOLSC#27