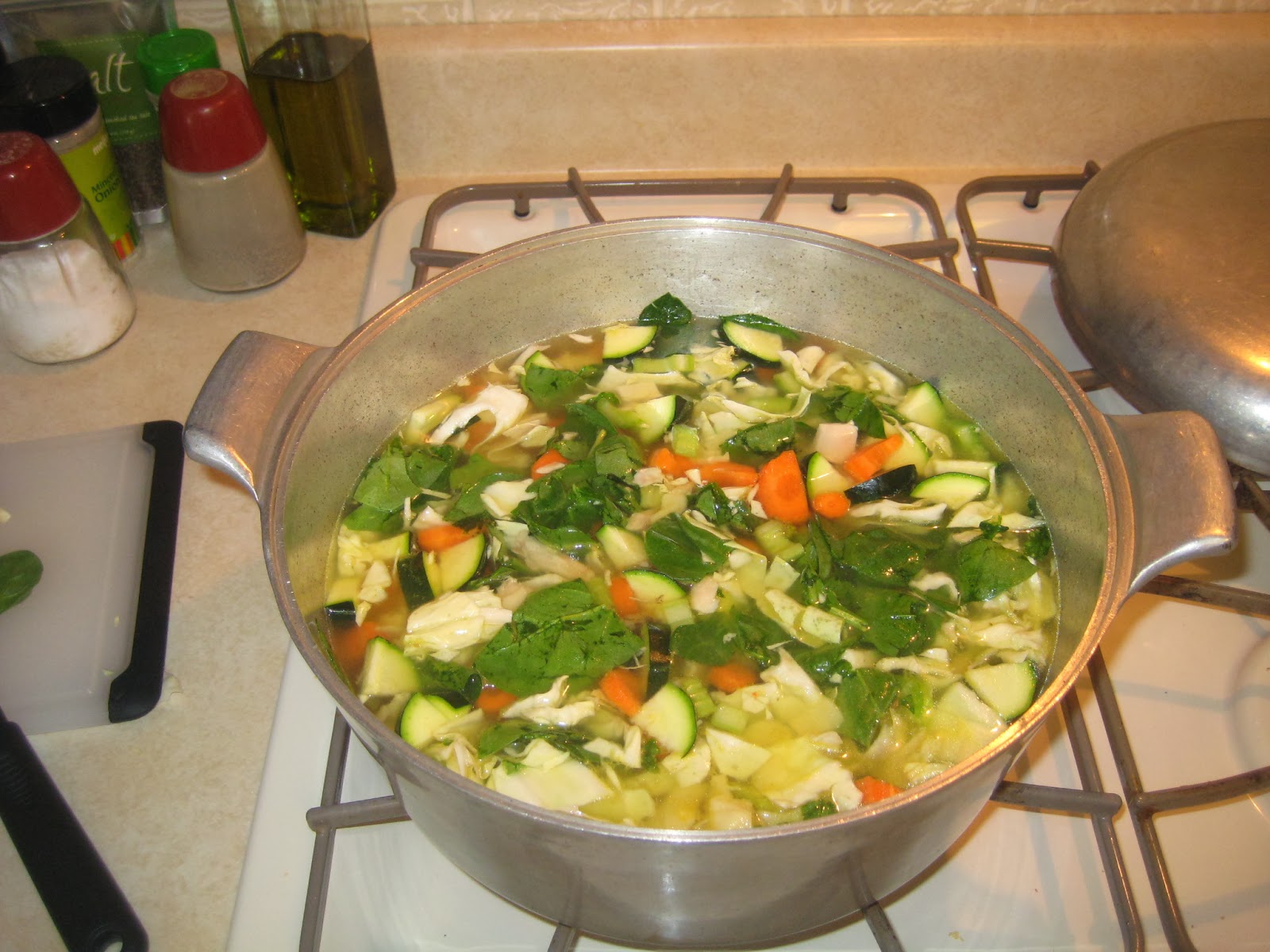 We're always making soup at our house.  It could be chicken, beef, sausage, or chili soup.  It's usually done with leftovers and plenty of vegetables.  My husband and I fight over who is going to make the next batch.  He loves potatoes in all soups and I don't.  I would rather have a little rice or noodles in it.  I don't need double the carbs!

Today it's chicken soup.  My chicken soup has changed over the years to contain more veggies.  I use to just put in carrots and celery and rice.  Everyone said it was so bland.  Every time I make chicken soup I think I change the recipe every time.  I found that if I use the Blue Gate Restaurant's No MSG Chicken Base for the bouillon, it has an outstanding flavor.

Today's ingredients are left over rotisserie chicken, celery, carrots, cabbage, zucchini, spinach, and noodles,  Last week, I was adding frozen spinach and the whole large bag almost emptied because of the large clumps.  It immediately melted into the water.  What to do? My husband likes spinach on a plate or dish, not in anything else.  Wow, did it taste like spinach soup!  I experimented and added some oregano.  It gave the soup a fabulous flavor and toned down the spinach considerably.  No complaints!!!

The pot you see in the picture belonged to my grandmother, Baba.  She made the most delicious soups, too.  I would ask her the recipe of something, and she would chuckle and say, "I just do it. No recipe."  I never took the time when younger to sit down and just talk to her about things--always in a hurry.  Regrets, of course.

After making the soup and having a cupful, I went outside today and once again cleaned the snow off the porch and deck steps--6 inches with drifts.  I wished I had counted how many times I had done this task this year.

All is good--delicious soup for the next  few days, and the sun is shining again!
Posted by Tam at 4:51 PM