What's With the All These Rocks Anyway??!! 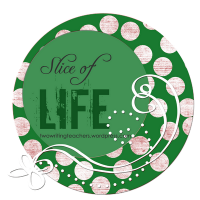 At the top left of my blog, you see a picture of a bunch of rocks and above it, it says, "I Love Rocks!" Have I written about rocks? Created an ode to rocks? Made any indication that rocks are important to me? No, so what's this thing about rocks? Good question for you and me.

As a child, I remember collecting rocks from everywhere and being fascinated by them. What I did with them after I found them as a child, I don't remember. I just enjoyed finding rocks. I looked for smaller rocks as a rule and in all shapes, colors, and textures. I also remembered I had to "buy" a rock collection for the earth science course I took in college. I carried that collection wherever I went after college.

I got married and my oldest son found out that he liked rocks, too, and also asked for a rock polisher--I wasn't into that part, but he was. When we moved the family to another area, the college rocks were thrown into a drawer in the basement. My brother even collected rocks. What?

As I got older and settled down, my fascination started all over. I looked for smaller rocks as a rule and in all shapes. Some rocks reminded me of other objects or animals and people even--what would they say if they could talk? I finally just started putting them and my "college" collection in one area of our backyard near the bird bath and herb garden. Those college rocks finally found their way back home, at last--out in the elements.

I've caught my grandchildren playing with my rocks. They put them in pails, on the deck, and of course, would like to throw them. At first, I didn't want them to touch them--silly me. It was great they were playing with them!! At least they now had a purpose! Of course, they always had to put them back where they found them.

I went for a walk with 4 year old granddaughter Lilly a couple of weeks ago, and she started collecting rocks in her pocket. When she got home, she put them in a tupperware container that I got down for her, and she quietly took them up to her room. I just told her to tell her dad that she did this.

"Okay," I said, "These rocks have a story to tell." I have read books on the different types of rocks--not interested in the nonfiction angle. I have collected the rocks from different places, but that's not the point I want to talk about either. I've read If You Find a Rock by Peggy Christain and other stories--nothing spoke to me.

Rocks are unique and have a story. I've tried to write a short story with rocks as a focal point of a young boy--the story's not going anywhere. Okay, no short story. How about a picture book? This is where I am--about a bunch of rocks, a boy or girl, and the uniqueness of rocks, uniqueness of the boy/girl? There's a real possibility.

As I write this post and look back at this year's writers notebook, I see notes from a fellow teacher/writer (the other Ruth, I do believe) I meet with sometimes, and she suggested that these rocks could be the strand in the story of my life............ I am discovering there is a strand here. Will this be my angle? (Thanks, Ruth, I'm seeing more of that.)

Can I ask for more ideas? Should I forget the idea since I can't settle with one, or wait until I figure it out eventually? These rocks have to go somewhere!!!
Posted by Tam at 6:30 PM